What is a minimum viable product (MVP)?

Learn what a minimum viable product (MVP), the benefits of building one and case studies of companies who’ve successfully used MVP’s 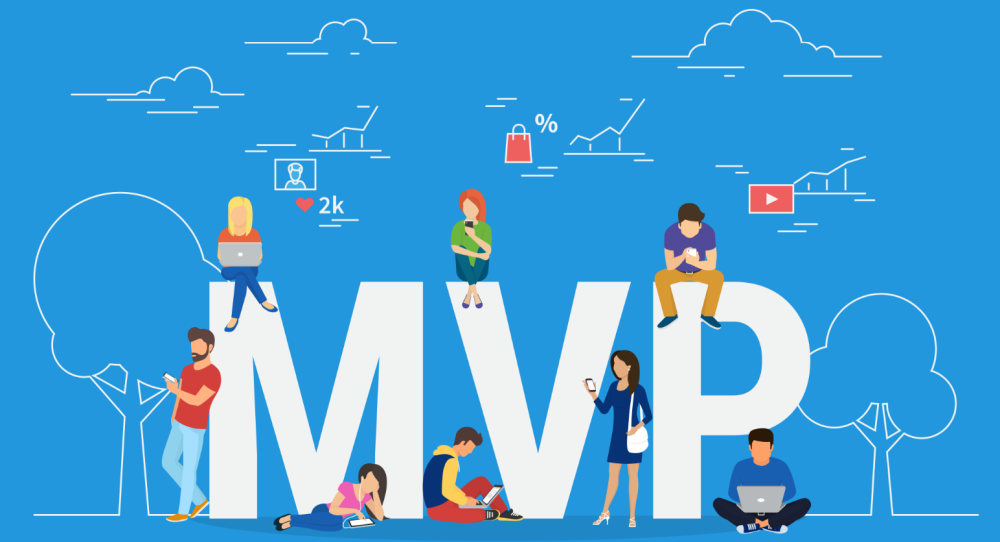 With the growing pace of transformation in the business environment – which is reflected in the constant and rapid development of new technologies, demands from customers and changing economic conditions – businesses are facing new challenges in how to enter the market and create competitive advantages.

As a result, there arose a great need to rethink the basic process of creating value within the entrepreneurial community. Companies are no longer afforded the luxury of stable markets where it would be possible to invest large sums into the testing of viable models and selecting the best for product marketing and commercial launch.

There was a growing need for a new way to launch a product into the market which would speed up the process as much as possible while still cutting related costs to an absolute minimum, this need is what lead to the creation of the minimum viable product methodology.

What is a minimum viable product?

The idea of Minimum Viable Product developed as an important part of “Lean Startups”, and was defined by Eric Ries – a successful startup founder and author of the MVP concept – as something that helped businesses to “make better, faster business decisions, while being less wasteful and still doing things that are big”.

This type of product comes with only the most necessary features to get money and feedback from early adopters. Minimum viable product is thus a new alternative to a standard product launch process in which a company already starts to charge money for a product still in the test mode launch stage instead of doing so in the commercial launch stage. Eric Ries, explains how it works in a very plain, no-nonsense way:

“Instead of spending years perfecting our technology, we build a minimum viable product, an early product that is terrible, full of bugs, and crash-your-computer-yes-really stability problems. Then we ship it to customers way before it’s ready. And we charge money for it.

After securing initial customers, we change the product constantly—much too fast by traditional standards—shipping a new version of our product dozens of times every single day.”

While selling something which is only half-done might sound a bit off-limits to some people, there is sound reasoning for it.

Benefits of using a MVP

Minimum viable product is such a great tool for product development because it enables companies to quickly identify flaws in the product through user testing and repair them as fast as possible. It is a working prototype model which is set up to test hypotheses and gain knowledge about the weaknesses (and strengths) of a particular product which needs to be improved.

Also, as this process of error discovery is done with full disclosure to customers, MVP can also be very useful for management teams looking to reinvent not only their products but also their business models. Using a Minimum Viable Transformation strategy, companies can develop flexible business models ready to be customised based on the input from the first users. They can learn about how the individual elements of their business model interact with each other.

As per the profit model designed by the Deloitte University Press, Minimum Viable Transformation provides good feedback to the following questions:

Below you’ll find a breakdown of some of the world’s most successful technology companies strategy and approach to building their MVP’s.

Intuit transformed from a traditional desktop software business model to a new, software-as-a-service business model, this market leader in the financial software space tried “acting small” and applying the principles of minimum viable product to the big business they managed to achieve success: posting all-time-high revenue numbers in 2014 ($4.5 billion, up 8 percent from 2013).

Intuit’s journey from selling shrink-wrapped desktop products to being a software-as-a-service company required many of their business model elements to change or be reconfigured. The innovation team had to understand how it created value through a new hosting platform and new application technologies, how it delivered value through new distribution channels and marketing messages, and how it captured value through a subscription pricing model.

Now called Kaplan, this is an online test-preparation service for students seeking to get their best potential score on various tests required for college admissions. Grockit used MVP to measure the customer’s intent and learn why they decided to buy the product.

On the signup form, they included questions such as:

Thanks to MVP, Grockit managed to recruit a group of people that Steve Blank – a startup entrepreneur and writer – named as ‘earlyvangelists’. Earlyvangelists are people who have bought and used a product before it is completely ready, and tell all their friends and family about the product. These customers tend to have the following traits:

After installing this file-sharing tool, the user will see a Dropbox folder appear on their desktop. Anything that is dragged to it is automatically uploaded to the Dropbox service and replicated across all connected devices. The company used Minimum Viable Product to find out whether a superior customer experience would convince people to give the product a try.

This question was crucial for the founders who were deciding whether it was worth going on, due to the lack of success they experienced before. They found it really difficult to explain the concept of the product to both users and investors, and as a result, it appeared nobody wanted to buy it. So they used the minimum viable product to explain the highlights to the users, the idea that file synchronisation was a problem that most people didn’t know they had. They believed that once people experienced the solution, they wouldn’t be able to imagine life without it.

Their MVP had a demo video in which the founder demonstrated the ins and outs of their product. What helped him to draw attention to the product were files and pictures that he chose to drag to the Dropbox icon in the demo – each image carried a specific humorous message for the Digg customers who were their target audience. Using references to Tay Zonday, ‘Chocolate Rain’ or Office Space and XKCD proved to be the right choice.  Within 24 hours, the video had more than 10,000 Diggs and their beta testing waiting list went from 5,000 people to 75,000 people.

The idea for Yipit started when the founders realised that even though customers liked daily deals sites, they were reluctant to sign-up for all the alerts that sites were sending because some offers were not very relevant to them. They decided to create a customised daily deals site where clients would be able to pick which deals they wanted to be alerted to. The website would aggregate all the daily deals sold by different companies and let the users take their pick. Yipit’s Minimum Viable Product consisted of the following:

Because they didn’t have a web-crawler at this point (to automatically analyse and categorise the deals from all the other deals sites), the company decided to hire a part-time person whose sole job was to go to all the other daily deals sites and manually type the deals into their database under the relevant categories.

AngelList is a marketplace that connects startups with investors was founded to resolve a critical issue they had in common: finding each other.

Their Minimum Viable Product was a collection of email introductions used for connecting a startup which was trying to obtain investment, with the donors who were looking for new investment opportunities. In June 2013, AngelList managed to attract a lot of publicity and gained approximately 100,000 new startup clients and 18,000 accredited investors.

Zappos is an online shoe store which has an extremely large collection of shoes and offers free delivery. Their aim was to test the hypothesis that customers were ready and willing to buy shoes online.

Their minimum value product consisted of a website where they would upload pictures of shoes found at local stores and create the ability to place orders for them online. When clients bought the shoes, the people at Zappos would go to the local store, purchase the shoes for full price and send them to the customers.

Buffers fundamental idea was to create a way to queue up tweets without scheduling each tweet individually. The Minimum Viable Product, in this case, was a two-page website. The first page simply listed the core ideas of the product:

On the second page, there was a simple sign-up form where people who were interested could submit their email with the promise that the company would contact them once the product was ready. Apart from that, the founders posted a tweet with the link asking wider audiences what they thought of the product.

Another key point that needed to be figured out was about the people who willing to pay – how much were they willing to pay? To find out, the company added a third page which included three price levels to choose from and a sign-up form to insert an email address. After a certain number of paying clients had signed up, the founders started to build a full version.

Pandora is a online music player with a mission is to only play music people love. In its testing phase, it started as a simple web page where users would listen to a song and could then click on a like or dislike button to help the company determine their tastes.

This MVB concept was developed further to Music Genome Project, a system which scans its entire database of songs which includes almost a century of popular recordings to find songs which match users’ usual music choices

Groupon is a global e-commerce marketplace offers discount vouchers for products and services in several categories. In their early days, to test if there was an existing demand for discount coupons, they used a simple WordPress blog that embedded a widget from ThePoint and used AppleScript to send the PDFs coupons via Mail.app.

Nowadays, Groupon is one of the fastest growing technology companies in the last decade. Since its launch, it has expanded to over 44 countries and is now involved in over 500 markets.

Civvy Street BD the retail clothing store started out with no store whatsoever. Instead, the founder simply created a Facebook Fan page. With this Minimum Viable Product, the owner was able to reach early adopters and ship to them. He took orders from his Fanpage by phone or via Facebook message and also collected feedback from its early adopters on Facebook using the comments section. F

ollowing testing of the initial concept the idea proved profitable, and now Civvy Street BD has two showrooms in the capital of Bangladesh and a fully-functional e-shop.  Also, the owner has plans to expand the business to the USA and Europe. 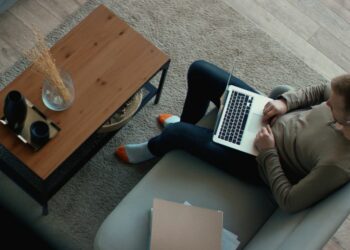 Starting a business remotely during lockdown

Lockdown has undoubtedly been tough for people in the UK, with jobs being lost and businesses going into bankruptcy. However, ... 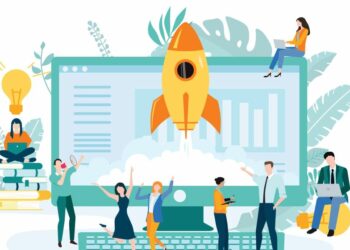 Starting a business is a daunting prospect for any new entrepreneur. A common question is, where do you start? Fortunately, ... 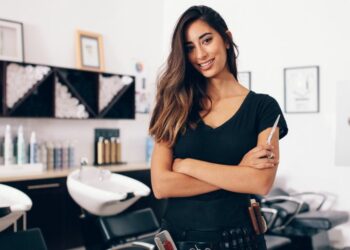 What entrepreneurs need to know about opening a salon

The Covid crisis may have made many people think twice about opening a salon. Forced closures meant that many salon ... 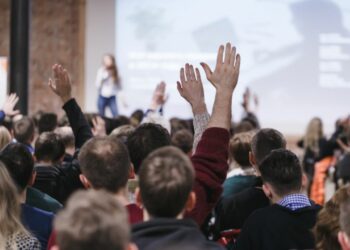 Five entrepreneurs who started at university

University is an essential place to gain the essential knowledge to walk into the best jobs on the market. For ... 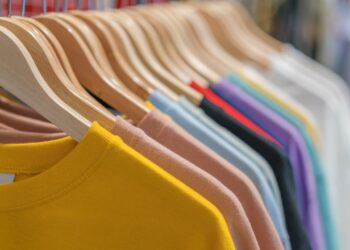 How to start an online clothing business

Are you into fashion and design? Are you looking to start a new business? Are you an entrepreneur? Then starting ... 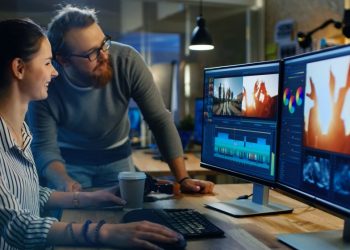 How to make a successful Vlog

According to a 2016 report by Google, 6 out of 10 people would rather watch internet videos than live television. The number ...