What is the minimum wage? 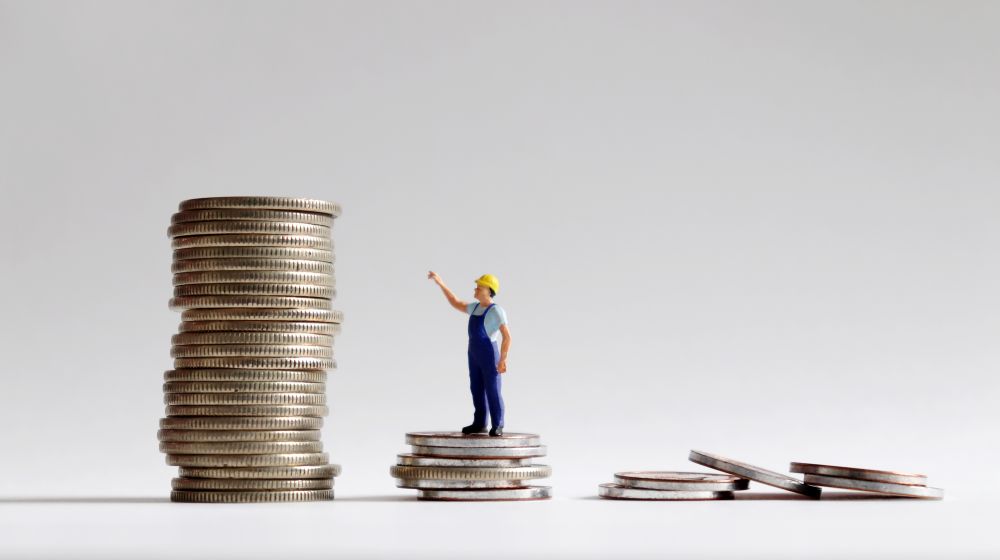 Wage refers to the monetary compensation given to employed individuals, in return for their labour. Minimum wage is the minimum amount of compensation that must be paid to the employees for performing a particular job. Wage or particularly minimum wage may be paid on an hourly, daily or monthly basis.

How to write the perfect offer letter

The benefits of investing in a local talent pipeline

How to make your new employees feel welcome

The amounts of the minimum wage are usually established by government authorities, and the payment of minimum wage is one of the most important aspects of employees’ and labour rights.

The rate of minimum wages is different in different countries, and various relevant factors are taken into consideration before a government body proposes a suitable amount for minimum wage in the country.

Amounts for minimum wages are mainly decided on the basis of prices and costs of basic necessities of life, within a particular country. Minimum wages are extended to ensure that each working individual should at least have access to the essentials of life.

Minimum wage positions are referred to as the learning positions, i.e. these enable less qualified employees to build up their skills and gain some relevant experiences in their concerned fields. This learning position is noteworthy as it gives a working platform to the individuals where they may not only develop their skills and add to their experience, but they may also eventually move to a better professional position.

Minimum wage is simply intended to groom the skills of employees and enhance their working capacity. Minimum wage workers, after gaining enough experience may be promoted to higher positions, where they are usually paid better.

History and evolution of minimum wage

History of the minimum wage is based on the attempts and measures that different countries took to integrate it as a compulsory component of law for each organisation to follow.

History of minimum wage in the UK

After the establishment of minimum wage law in New Zealand and Australia, British too considered the implementation of laws concerned with the payment of minimal wage amounts. In 1907 Ernest Aves was sent as a representative of the British Secretary of State for the Home Department to inspect the effects of minimum wage law in countries in which it was already being practised.

After his appraisal, Ernest formulated an analysis and prepared a report based on the evidence and effects of the minimum wage law in New Zealand and Australia. Winston Churchill, the president of the Board, acknowledged his findings and introduced a Trade Board Act on March 4, 1909. This was the first national system of wage regulation established in the U.K. The law was instituted for action in 1910. Four Trade Boards were formed as result of the Trade Act.

Formation of the Wage Councils

The scope of this first law was very limited. The minimum wages set by Trade Boards varied from industry to industry. It only focused on the industries that were weak in the area of collective bargaining.

After the world war in 1945, the Trade Boards were modified and were now referred to as Wage Councils. The working level was enhanced, and the scale for law imposition was extended. The aptitude of the Wage Councils rose gradually with considerable development by the mid of the 20th century. Wage Councils now consisted of 26 councils, broadly catering two million employees around the U.K.

Abolishment of the Wage Councils

They restricted the Wages Act for the new employees and intended to reduce their reliance on the councils.  By 1993, the wage councils were completely abolished.

During 1999, national wages were superimposed by the Low Pay Commission created in favour of collective bargaining. Minimum wages rate was set to £3.60 per hour for individuals aged 22 or over.

The rate of minimum wages progressed with time. Rates were last updated in 2010 which raised the compensation to £5.93 per hour. Also, individuals aged 21 years were permitted to qualify for the minimum wage under the new law. The minimum wage for apprentices was introduced with a compensation rate of £2.50 an hour.

Why is their a minimum wage?

Minimum wages are primarily considered as a means to ensure that all the working individuals in a country all able to easily access the necessities, which are important for their survival. Mostly, employers and companies are considered responsible for ensuring that the pay of their employees is sufficient for them to avail all the basic necessities of life and confer with the established law of minimum wage.

Indicator of a business’ success

Since the employees will not be paid sufficiently, it may be regarded that the business will be surviving through wage subsidies, which is indicative of its failure towards fulfilling all the stated requirements of a successful venture.

The motives of minimum wage laws and policies extend beyond the purposes of monetary compensations for employees that confer with the rates of cost of living within a country and increasing employment.

In fact, the minimum wage is today considered as one of the most important elements that contribute towards the protection of rights of individuals. It safeguards employees and against being exploited by corporate giants, who may avail their services and skills in return for insufficient payments.

Conventionally, the minimum wage was perceived as an active participant contributing towards the creation of unemployment. The orthodox approach adopted for the explanation of minimum wages elaborated on the concept, rendering it as a factor that supported undue interference in the markets, which may lead to inflation and unemployment. Various economists and market participants found it hard to accept third-party intervention concerning the significant subject of employee wages.

However, according to conclusion derived on the basis of latest studies and practices, minimum wages may play a part in the creation of unemployment, but the impact is only very marginal. Hence, the modern explanation of minimum wages has been shaped to exclude any such apprehensions, which cannot be completely attributed to the introduction and applications of minimum wage laws.

Today, Different opinions exist regarding the importance or value of minimum wages. Some people conceive it as highly beneficial as it secures the labour right while others consider it as unnecessary.

Since minimum wage establishes a standard for the payment of wages which every organisation must follow, in the view of some economists, minimum wage works as a hurdle to the success of an organisation.

The majority of the economists around the world say that however, the purpose of minimum wages is good, but it has other detrimental effects on the economy. Moreover, the economists consider it as one of the major barriers that prevent the employers from helping their labourers and employees.

Economists are against higher minimum wages. According to them it reduces the employment opportunities for needy workers and encourages well off people to join the labour force.

Supply and demand run in opposite directions to each other; when prices of products and services are raised, the demand for the product or service falls. An example can be taken as when the price of gasoline rises; people prefer to drive as less as possible. The principle is the same for the minimum wage as labour force is a kind of service utilised by business owners. When minimum wages are increased, employers prefer to hire fewer employees.

Minimum wages positions are mostly awarded to the unskilled individuals or individuals with very limited education. When there is an increase in the total amount of minimum wages, employers consider it useless to spend such amount on an unskilled person. This may lead to the dismissal of less paid workers, working on lower levels.

Resultantly, the lower positions are filled with highly skilled individuals as the employers prefer to spend on well-educated or skilled persons.

Affects the training of individuals

Increasing the minimum wage makes it difficult for the organisations to hire more workers at a time. Hence, most of the people are left at a disadvantage, with respect to their career growth.

Insufficient for the needs of individuals

However the minimum wages have been introduced to bring financial prosperity to the individuals lacking in any of skills or education, but it can be witnessed so far that minimum wages are not sufficient to meet basic life requirements.

Anyone with experience in an office-type environment is familiar with the aches and pains that come from spending hours at ...

The emergence of wireless technologies and cloud-computing has made work-life more flexible. Consequently, C-suite executives are toying with the idea ...