How to pitch to early-stage investors 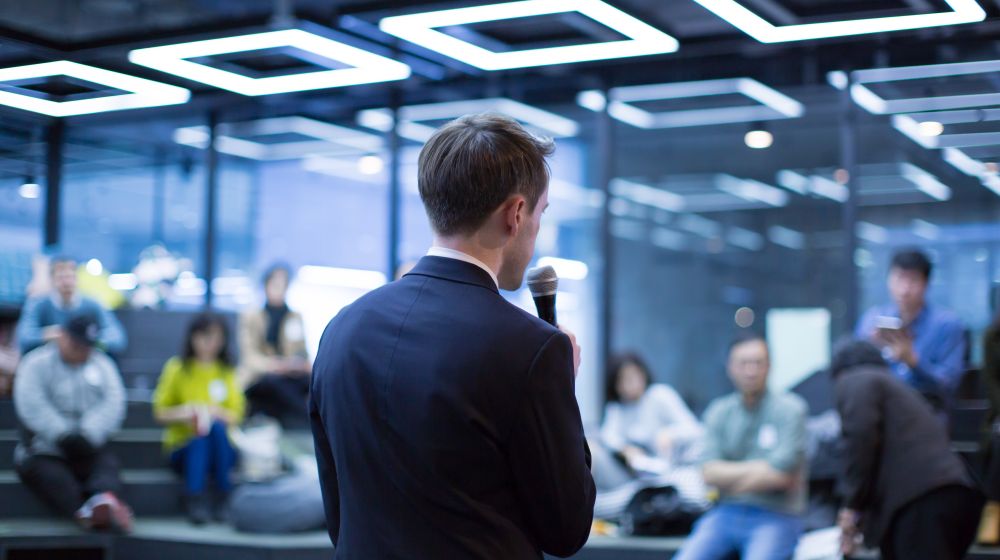 If you’re an entrepreneur thinking about raising funding or finance today, odds are you realise that it is a notoriously difficult environment.

But strong entrepreneurs with compelling ideas are far from doomed. With the right team and the right product, there’s still plenty of funding to be found. Here are my ‘7 deadly sins’ that often screw up entrepreneur’s when pitching to investors. Avoid these mistakes at all costs.

Most UK and US early-stage funds invest in between 0.5 – 2% of the total plans they receive, so if you don’t like rejection then, unfortunately, you’re in the wrong space. You need to be prepared for people with little knowledge of your product confidently telling you that there is no market for it. It’s a numbers game, and you’ve just got to get your business out.

There’s no easy formula for what makes a ‘good presentation’ however doing your homework and making sure that you get the obvious things in there (notably team/problem/solution/competitive advantage/go to market strategy/business model/financial projections) will look positive. Too many entrepreneurs fail to propose convincing cases to defend their assumptions; remember that an absence of substantial market research makes it’s hard to prove that you’re onto something big.

Being rude or arrogant to early-stage investors will get you nowhere. Many early-stage investors have impressive CVs themselves, and they’re unlikely to be impressed by a “what would you know about it?” attitude. Sounds pretty obvious, but you’d be surprised at how many disgruntled emails are sent once an opportunity has been turned down.

Besides, the early-stage investment community can be pretty close-knit so you should be prepared for the different firms you’re pitching at to know each other. So don’t lie about who else is looking at your pitch- you’ll almost certainly be caught out.

4. Stretching (or missing) the details

The two main areas that entrepreneurs fall foul of in this area is exaggerating the market size or ignoring the competitors. When you talk about market size, remember the difference between ‘total market size’ and ‘addressable market size’. Likewise, saying “we have no real competitors” is risky- just because there isn’t an operationally-exact company out there right now doesn’t mean that there aren’t similar companies competing for the consumer’s money. You need to know exactly what you’re competing against, how they do it, and why you will do it better.

Too many entrepreneurs fail to grasp the importance of securing the best investors. On countless occasions follow-on investments have saved startups from certain death; the importance of good investors cannot be underestimated. Likewise, don’t be greedy with your valuation, especially if you have a pre-funding business. It’s crazy, particularly in the seed stage.

6. Asking for an NDA

Most (if not all) early-stage investors won’t sign an NDA. At any given point they are probably looking at 3 or 4 similar deals, and they just aren’t prepared to create legal issues in the case that they fund a similar idea the week later. Business ideas rarely, if ever, get stolen by early-stage investors. Investors are looking for impressive entrepreneurs who can build a successful business, not just an ‘idea’. Those entrepreneurs who seriously think that their idea might get stolen by an unscrupulous investor are considerably underestimating what it takes to build a business.

7. Thinking that a good product will sell itself

Despite what you might think, early-stage investors make investment decisions based primarily on their impressions of the team. What is their background? Do they have strong domain knowledge? What will they do when it doesn’t go to plan? (as it never does).

A relationship with an investor goes beyond the ROI, and it’s important to focus on selling yourself as well as your excel skills. Relationships play a key part of the early-stage investment process, and early-stage and venture investors are interested just as much (if not more) in the team rather than the product. Convincing an investor to invest in your business has never been easy, and so you need to give yourself every chance of success. An understanding of these seven deadly sins will increase your chances of receiving funding.

Whether you're looking to start or grow your business your going to need some form of funding to get underway. ...

Often when you’re looking to start or expand a business there is one major barrier, money. So the question is ...

Going for an initial public offering seems to be the end goal for more and more thriving startups - but ...

Venture capital investment is key to supporting early, middle and late staged businesses in Canada. VC funding is an important ...