Should you take on the role of a founder? 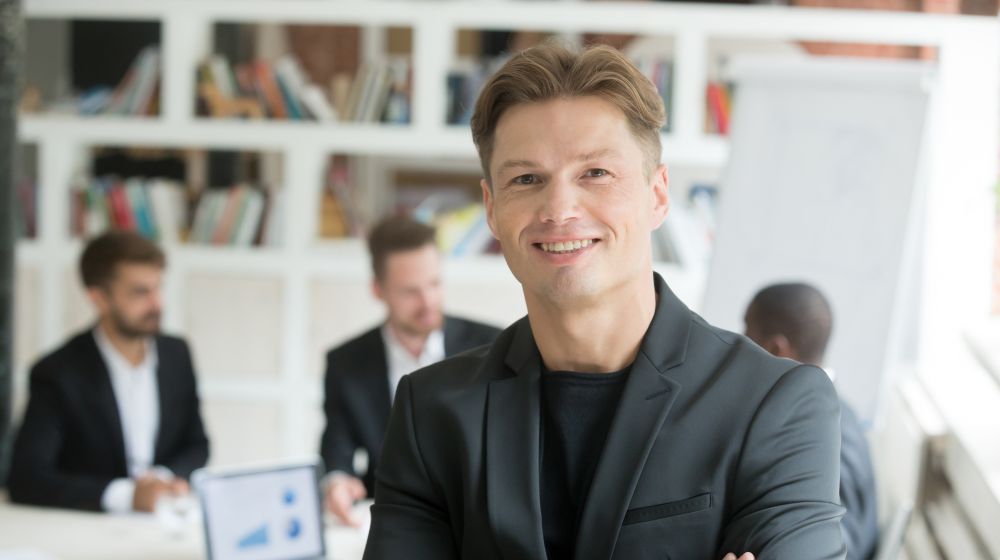 So, you’re an entrepreneur. Your startup has gained traction with users or perhaps has an initial bit of revenue. Your product has received a number of high profile reviews by KOLs, other charismatic founders-of-repute. Your team is second to none. Great! But, are you ready to take on the role of founder or co-founder? Are your team members? Before answering, consider the implications of decisions Founders must make.

Let’s start with your business valuation. You believe your startup is worth… seven figures? Before you decide upon such a number, you have a few things to consider. The number you as a Founder chose to use when valuing your startup is the single best determinant of what you will be when your company grows up. Your decision thereon, and your willingness to accept the consequences of it engenders either pain or happiness.

In early-stage companies, the valuation of the enterprise does not reflect the value of the company. Rather, it is only how much of your company the investor gets for his investment. Valuation at the early stage depends on the type of investor (angel or venture capitalist) you take money from, and how much money you may need to raise in the future. Simple. Quite practical as well, given the relative uselessness of your proformas (that said, you still need them!). So you should just pick a number then?

The price you pay for a raise

What about the price that you need to pay for the cash you raise. The cost of your startup’s capital, as measured by how much dilution the Founders endure, correlates directly with the size of the requested investment. Money from venture capital is expensive by this measure while getting a boost from an incubator is far less so. At a minimum, you should determine an amount that can cover one or two failed attempts at reaching the market or 18 months of runway. Do you go big, or small? Big is expensive. Small is slow.

Business blunders to avoid when starting a new business

Before you decide on a big or small raise, think about the repercussions for the people involved in your startup. Know that many a venture fails due to failed relationships amongst the team members. Talk with your Co-founders about issues such as allocation of capital, both initially and in the future, voting rights, contributions to the enterprise, and economic participation. Each will exacerbate any difficulties that arise in relationships between the Founding Team. [i] Further, each of you should consider the biggest issue a Founder does not typically consider – their personal relationship with their startup. What a Founder wants, what he needs or can do personally, has a tremendous impact on the team. What do you want, and what are you willing to give in return? If you have burned all your bridges to get this startup going, or if it is your best way forward for your career, then you will have different views than a co-founder who wants a quick exit, then retirement. Small raise, big raise respectfully.

Founders are the driving force

Founders are the driving force that brings to the marketplace new products, services, revenue models; they are essential to our capitalist economy characterised by perpetual creative destruction. Yet, from the lens of their own growing companies, Founders can be both a blessing and a curse. A Founder’s relationship to the firm and its stakeholders will change along with the need to bring others into the organisation. Given a Founder’s responsibility in architecting the firm it is likely that a Founder would obtain a role at the management or board level. Many Founders are also owners of their startup; they maintain some level of authority. That authority may be augmented through structurally important roles as a member of the management team or board of directors. But what of the persistence of Founder influence? How, when, why and to what ultimate degree are Founders involved in their firms as they grow? Know that all Founders will take their exit, either early or late in the life of the firm. How that happens is what matters.[ii] How that happens also depends on the amount of your fundraiser. Typically, the bigger the raise, the faster the loss of Founder influence.

Here are a few snippets of what life for Founders is like as their companies grow. Founders face the choice of creating wealth or keeping control. Successful Founder- CEOs running fast growing startups tend to be removed quickly as their startup outgrows their entrepreneurial skill set. Every round of external financing increases the chances that a Founder-CEO will be removed, with the majority being involuntary. Those Founder-CEOs who initiate their own removal are more likely to remain involved, either on their company’s board or in another executive position.[iii]

What about Founders themselves?

Just who are they? What are they like? Are Founders normal, or extraordinary, or just…different? There exists the suggestion that Founders are complex combinations of traits normally found at the extremes of the general population. As a self-aware entrepreneur, can you see yourself operating at the extremes? For example, a flawed weakling on the one hand and a strong ounce of perfection on the other – much like Achilles. Let’s take another example – an outsider who was yet an insider; Oedipus was a foreign orphan yet king. The practical point here is that the Founder’s company will grow, hire people, and at some point raise capital. As it does so, those who become involved are less and less likely to have this duality that is characteristic of many a Founder. Reversion to the norm becomes a reality. Founders live the tragedy of being the perfect scapegoat – hero and villain. The King is dead, long live the King![iv] The bigger the raise, the more likely the Founder will be the nutter and ready scapegoat.

Did you choose to take the role of Founder?

Perhaps the role has chosen you. Either way, your future comes down one decision: go big, or raise as you go. Build an exit or build a company. When you value your startup, be cognizant of the choice you are making. Your decision says a lot about who you are. And, who you are is going to determine where you go to search out the capital necessary to get your startup off the ground.

The good news is internet-based disruption is creating new, alternative forms of finance. As an entrepreneur today, you actually have fundraising options. You can choose to approach the new backers of alternative finance, or go the traditional route in order to find an investor that is right for you and your startup.

Our world depends and functions on the exchange and relay of information, therefore, communication is a vital life skill. Having ...

How to market a casino company

Casinos are as popular as ever. Nevertheless, the ever-increasing number of online casinos means that the competition in the industry ...

When you work from home, it is important to have all the tools you might need to keep the work ...

Here’s how you could create a way more innovative business

One revolutionary idea can easily turn an entire industry on its head. If you want to make sure that you ...

Factors that will make you succeed in business

Business success can be different for every entrepreneur. Every business owner will have his strategy and outline of what success ...

How to efficiently run a startup during a pandemic

If you have just started your business when a global pandemic hits the world, then you must be extremely worried ...