How to do business in Turkey

Learn the cultural norms and Turkish traditions you'll need to know to do business successfully in Turkey, with a focus on Istanbul and Anatolia 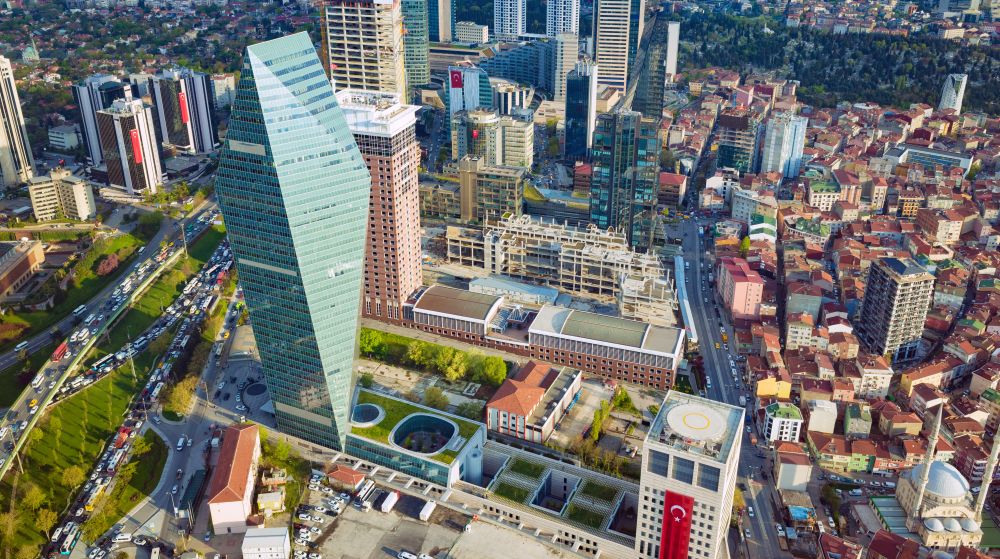 If Turkey isn’t on your international expansion list, then you are missing out. Forget going places, Turkey has already gone places. The transformation of the country at every level over the past ten years is clear to anyone who knows it well. Turkey is a bold, confident, cultured and connected country with a powerful manufacturing economy that will see it continue to rise over the coming decades.

One only needs to look at the transformation of Turkish Airlines to get an understanding of what the country has gone through, how it sees itself and what its global plans are. From a pretty basic and non-descript beginning, the airline’s motto is now “Globally Yours”. It flies all over the world now, has impressive customer loyalty and is branding itself along international lines. In short, Turkey is serious about international business, and so you should be serious about Turkey.

Turks are looking for more business. They want to import and export goods; they want outside expertise, and they want to build partnerships. Western businesses are opening up local offices to service an affluent, young and hungry market. Ebay realised this potential a long time ago and now have an Istanbul office.

Although the opportunities exist in Turkey, it is important to remember the Turks are people who like to do things their way. They may neighbour Europe, but to assume they do things like Europeans is way off the mark. A strong identity and culture mean entrepreneurs really need to do their homework before venturing into the county. This brief guide to doing business in Turkey offers some key tips on how to approach business in Turkey, the etiquette you should employ and how best to present yourself to your Turkish clients, colleagues or customers.

Turkey is a huge country with rich diversity at every level – geographic, linguistic, cultural, etc. A marked difference foreigners need to be aware of is the split between Istanbul and Anatolia (the hinterlands). Doing business in Istanbul generally could be viewed as being “easier”; it’s a large city, prolonged exposure to European business, has large expat communities and the locals tend to be a lot more tolerant.

Go to Anatolia and you find people are a lot more religions, more conservative and family orientated. However, this doesn’t make the latter more difficult; in fact, I would argue it’s easier if you know what you’re doing. Be aware of who you are dealing with, where they come from and what they are about.

To make contact with potential partners in Turkey is important to bear a few things in mind. Firstly, many people still don’t speak English; to a decent level anyway. This has improved dramatically in the past 10-15 years, but it is always best to send initial information to people in Turkish. Find a translation company to work with. Secondly, Turks are relationship and trust driven people.

A cold call is always going to be hard work so if you can, use intermediaries to introduce you. Turkey has an incredible network of Chambers of Commerce, and other government led organisations that help bring foreign investment in – use them. They are trusted, and if they put you forward as someone to speak to, you will be listened to. Lastly, don’t rely on emails, they are impersonal and won’t be treated with priority. Get on the phone and speak to people.

Once you have booked your meetings in its time to think about some etiquette pointers. When meeting people, shake hands firmly.  If you are meeting with a woman (or if you are a woman meeting a man) see if she extends her hand first. The more conservative Turks do not approve of body contact between the sexes – respect that and never criticise this stance. When departing, it is not always customary to shake hands. Once people get to know you, be prepared for some kisses. Turks kiss upon meeting and departing, and you will see different styles of kisses depending on where you are in the country.

When initially addressing a Turk, stay formal. It is customary to call a man by his first name followed by ‘bey‘ (pronounced bay). So, Ertan Gonca would be Ertan bey. Similarly, a woman’s first name would be followed by ‘hanim‘ (pronounced ha-num), so Esme Gonca will be Esme hanim. Wait for people to switch to first names. When working with professionals like lawyers, doctors, etc. then most of them have their own titles which should also be used. For example ‘Avukat’ (lawyers), ‘Muhendis’ (engineers ) and ‘Mudur’ (managers). It’s not unusual to call people by these titles too such as Mudur bey (Mr Manager).

Turks love to talk. If you are looking for a topic of conversation, you can’t go wrong with football. They are football mad. The majority of Turks support one of the three Istanbul teams – Fenerbahçe, Beşiktaş and Galatasaray. Feel free to wax lyrical about your own team or to enquire about their team’s latest fortunes.

If you do business in Turkey, expect a lot of food, tea and coffee. They love to entertain and it’s a central part of the culture to look after guests. It’s important to know the protocol over who pays the bill – Turkish culture demands the host always pays; if they didn’t it would be a loss of face. Don’t ask to share the bill – that would make you look silly. However, insisting you pay will make you look good. Insist on paying three times then give up and thank your host for their generosity and insist at the next meal, you are the host.

If you plan to pitch to Turks, remember they are primarily oral and visual communicators. As well as statistics, projections and commentary, make sure you present information vocally using elements like maps, graphs and charts to appeal to those senses. If negotiating, remember it’s not always about the money for Turks. Giving discounts won’t necessarily help you in a negotiation – using other means such as emphasising how much influence they could gain or honour the will earn are just as powerful.

Decisions are made slowly, especially if you have no relationship with the decision maker(s). Initially, you may meet less senior members of a family or company first. Make sure you impress them as they are your key to a successful outcome and being recommended to the boss. If you like to use pressure tactics in negotiations, leave them on the plane. They do not work in Turkey; in fact, they will do the reverse. Be patient.

In recent years the automatic go-to for intentional expansion has been Europe for British firms. However, with Brexit on the...

We recently attended the Latin American Tech Day and Edge Awards at the Science Museum in London. While there we...

The economy at home has seen better days. Even with record corporate profits, consumers in the United Kingdom, and in...