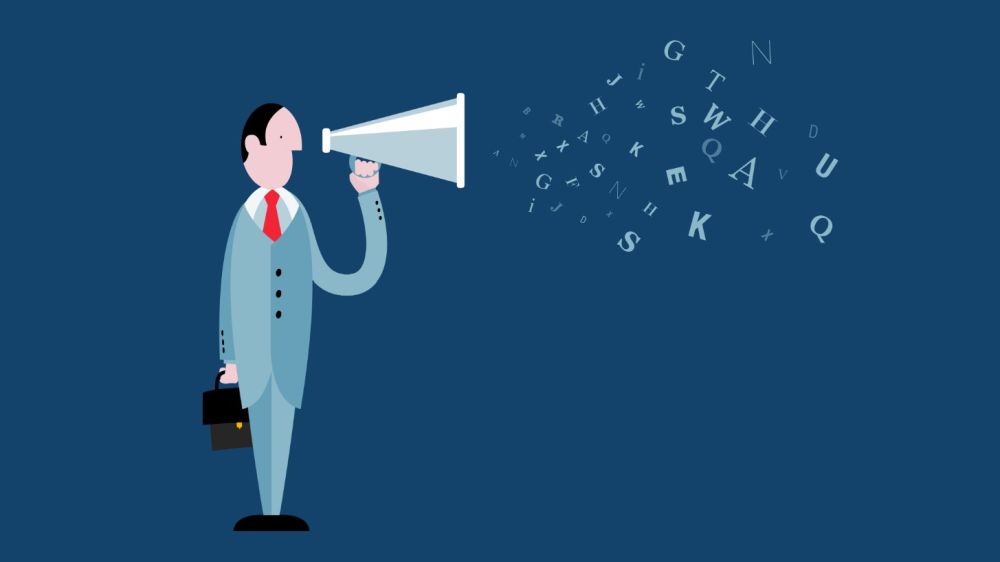 Communication is a simple process, yet showing complexity in some aspects. Different ways of communication and the distances over which one is required to transfer the information make the process complicated.

There are three elements necessary to conduct a communication i.e. the sender, a medium (the platform over which information is conducted) and a recipient. The sender is the most involved person with a full understanding of that matter which he wants to deliver.

On the other hand, the receiver does not necessarily know about the sender and the subject of information which the sender aims to deliver.

Technically the communication process is split into three major steps. This includes the thought, encoding and decoding.  The thought is the subject of information that exists in sender’s mind. When the sender transforms his thoughts, ideas or concepts into verbal speech or a written message, then this is known as encoding. Encoding refers to the encryption of ideas from the perspective of the sender.

Verbal communication is the sharing of information through speech. It includes the information that people hear on radios, televisions, telephones, speeches and interviews.

Written or spoken words are not the only means for sharing a message. When there is no use of words, and the recipient understands what the sender is asking, then it is known as non-verbal communication. Non-verbal communication is conducted through eye contact, postures, gestures, facial expressions, chronemics and haptics.

Visuals are also an excellent way to represent any information. Use of pictures, symbols and graphs can help a person communicate effectively. Even hairstyles and clothing of a person convey information regarding his nature, mood and intentions. People use architectures, and different colours and textures for home and office surfaces to represent their interests and preferences.

Written communication includes the kind of information transfer where the encoding of a message is done in written form. The message may only be written in words, or it may include different symbols, or sometimes even machine codes.

Written communication is influenced by writing and representation skills of an individual. Written message is developed while taking the audience into consideration. Different audiences have different levels of perceptive abilities. Different kinds of messages require different techniques of writing. Like an analytical report is written in a way greatly different to a CV or an essay.

Simple verbal communication has existed since the evolution of languages. History of communication dates back to 3,300 BC when writing was invented and used for the first time, in Iraq.  After that, there was an evolution of different kinds of writing styles. Egyptians developed hieroglyphic writing in 3,100 BC. Similarly, Greeks developed the phonetic style of writing i.e. the writing from left to right. In 1250 BC, the first ever encyclopaedia was written in Syria.

In 900 BC, the first ever postal system was established by the Government of China. Later on, other civilisations including Rome, Persia, Syria and Egypt too contributed towards the progress of the postal system. Horses were used as the main carriers in this very early postal system. There were relay stations established where the horses were required to deliver the information.

Previously there was no concept of paper. People used to communicate by writing messages on stones, leaves, bones or horsebacks. Moreover, there were no proper means for wiring. The messages were penned down with coal or other useful tools.

This kind of information exchange was most common in China and Egypt. In 1700 BC, there was some development done to improve the writing surfaces. People made use of the Papyrus rolls and light weight parchments derived from dried reeds. These surfaces were much better as they were easily portable and could retain the colour of writing for a longer period. Otherwise writing on stones, bones and horsebacks was prone to fading in a very less time. Hence, creating difficulty for the people to understand what was exactly written by the sender.

In 776 BC, a new idea was introduced to utilise homing pigeons as carriers of messages, and the technique really worked out well. A written message was tied with the wings of a pigeon, and the pigeon used to deliver it to the intended recipient. It was good as it saved time and pigeons’ travelling time was relatively less. But it was not a reliable way of communication. The message transfer was solely dependent on the well-being of the bird, and if a pigeon was caught up in danger, which was a common occurrence, then the message was wasted.

The next advancement towards better communication was the invention of print technology. Printing was first invented by the Chinese in 1500 BC. Also the first ever writing device, the pencil, was invented in 1565.

Printing was first developed to be done by blocks in the 6th century. The first known book published at that time using block printing was the Diamond Sutra of 686. Later in the mid of 15th century, a person named Johannes Gutenberg in Europe invented the press. This revolutionised the communication process, as the printing of books became easier and cheaper. It also laid down the foundation for newspaper printing. Later the idea for printing press started gaining popularity in the other nations as well.

The introduction of newspapers led to increased interest of people in printing and served to advance communication mechanisms.

Invention of the newspaper

The printing press established by Gutenberg in the 15th century introduced the idea of newspapers, thus newspaper printing was invented. The first ever newspaper that was published was in England in 1641. However, the name ‘newspaper’ was not coined until 1670.

Communication in the 19th Century

The developments in communication gradually continued to expose people to new and effective ideas and concepts. The beginning of 19th century saw the introduction of several new concepts in the world of communication. It accounts for remarkable inventions including carbon paper and the telegraph. Instead of relay stations, there were developments for laying down the foundation for proper channels that made it possible to communicate across the Atlantic.

By the mid of 19th century, the fax machine was invented. The year 1876 accounts for the incredible invention of the telephone by Alexander Graham Bell. This device was different from the previous inventions as it significantly reduced the time required for conveying information over long distances.

Communication in the 20th Century

In the 20th century, there was an evolution which led to the discovery of radio and television broadcasting. Communication was transformed to be conducted through electronic means.

Communication serves as a mean for connecting people and places. Communication has expanded to relate to diverse perspectives. It can be used to share different kinds of information in different ways.

Communication is also used to notify or warn someone. It usually comprises of written circulars and pamphlets that are rotated over the internet or door to door for certain reasons.

The phenomenon of communication has travelled far from the concept of paper and pen. Now, with the evolution of the internet, almost every electronic and digital device has become a means of communication. Besides computers and mobile phones, from fuelling devices on the petrol pump to the radars, all devices have been transformed to share information.

These devices amazingly carry and deliver information over considerable distances and time lapses. The delivery time for sharing information has almost diminished. One can send and receive the information in a blink of an eye.

Challenges and criticisms of communication

However, the challenges for sharing information over time have majorly been resolved, but still, there are some barriers that hinder the communication process.

Communication carried between individuals is greatly influenced by one’s capability of speaking and writing. If the message is not written or spoken well, it may make the message and its meaning ambiguous for the receiver.

The translation of written message can be misconceived as different recipients will interpret a certain message on the basis of their individual perceptions and knowledge.The receiver may face difficulty in understanding the information, and there are high possibilities that he may conceive wrong information. So a message must be written in such a way and with words that the intended recipient can easily understand.

When communication involves electronic and digital means, the machine and network errors can affect the effectiveness of communication. Usually, if there is a problem encountered, there will be an unwanted delay in information. 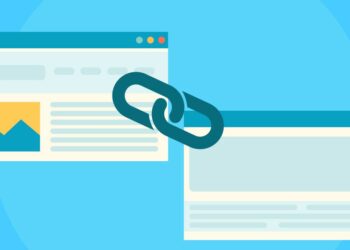 Whether backlinks are a new concept for you or not, you may find something helpful from this short guide. The ... 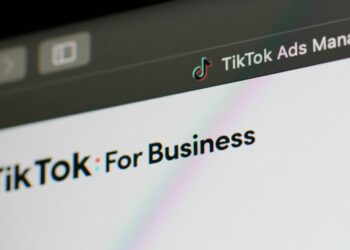 Opening new horizons. How to use TikTok for business?

Look at TikTok from another angle to find several ways you could use this social media platform for your business ... 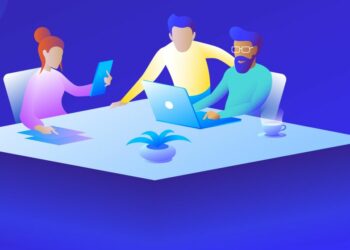 What to look for when hiring a digital marketing agency

As 2020 comes to an end, most businesses across various industries have realised that digital marketing is not optional anymore. ... 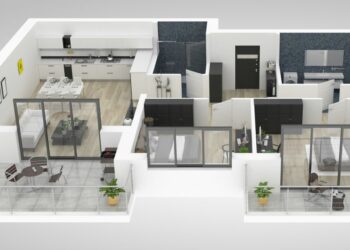 During the past few years, businesses have worked diligently to find ways to better serve their customers. While most businesses ... 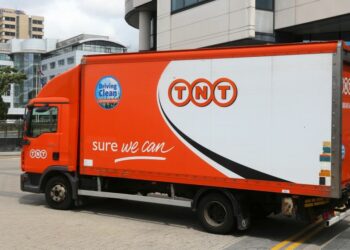 How to improve your brand presence in 2021

The most crucial goal of any brand or business is to get people to know about them. If you want ... 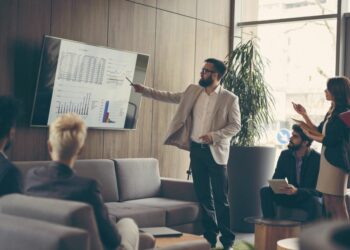 4 Big mistakes that are costing your business sales

Sales play a pivotal role in the overall health of your business. It’s what generates your revenue and keeps your ...