What is qualitative research?

Find out what qualitative research is and how you use it as an effective way to gather data, carry out data and produce useful research

Purposes and uses of qualitative research

The main methods that can be used for qualitative research are:

Some researchers prefer to employ both methods and come up with something known as a semi-structured interview. Interviews allow the researcher to dig deeper into the thoughts of the participant by picking up on certain ideas and further expanding on it.

A disadvantage would be the participant might not be completely truthful with the researcher and only give information that he thinks the researcher is expecting from him or her. A researcher may also conduct an interview by other means like through a phone or an e-mail. An advantage of taking this route is that it saves the researcher time. However, the participant may not take the questions as seriously as they would in person and that can compromise the results.

Focus groups are similar to an interview to a certain degree. However, focus groups follow a more semi-structured approach. In focus groups, participants are encouraged to discuss issues picked by the researchers and expand it by exchanging thoughts and ideas with each other.

Focus groups, contrary to what people might think, is not an easier alternative to conducting one on one interviews. Focus groups can be difficult to maintain and the facilitator will have to make sure that the discussion does not go off point. The data that are produced by focus groups is great for market research or product review and launch.

Observation is another method that a researcher can use when trying to obtain qualitative data. Observations are done when it is not possible for the researcher to collect the data through the other methods available for various reasons such as it lowers the validity of the research or significantly affects the findings.

Observation will let the researcher see how the participants behave under normal circumstances. Although, observing participants without their consent is unethical. You will, therefore, have to strike a fine balance between justifying the means that you are using to achieve the desired end result and invading other people’s privacy.

Documents are a good source of qualitative data. Documents that were for the specific purpose of documenting events in particular such as diary entries, letters and pictures. These types of documents can give you a deeper glimpse into the thoughts and experiences of a person. It can be useful if you are trying to learn about people who have passed away.

This can also be useful in a corporate perspective if you are trying to learn about a company’s history through their annual reports, minutes of the meetings, contracts, mission statement, letters of correspondence etc. This method of data collection can be time-consuming but if done well, you can extract a substantial amount of data significant to your research from it.

You can also collect a good amount of qualitative data by collecting narratives from the participants. Unlike that in interviews or focus groups, the researcher or facilitator does not interfere or guide the participant as to where the conversation is going.

Another major criticism of qualitative research stems from the presence of the researcher in most of the methods that are sued to extract data. The presence of an observer or the researcher during an interview, for example, can cause demand characteristics or in other words, the participant gets an idea as to what the research is all about and gives the researcher the answers he/she thinks the researchers is expecting from them. If this happens, the findings are not reliable nor are they valid.

This criticism can be addressed in various different ways. The researcher can use what is known as purposive sampling that involves participants who are not directly influenced or affected by the phenomena that are being studied.

Triangulation also helps eradicate any questions that may be raised against the validity of a qualitative research. Triangulation is a technique used by researchers wherein they make use of a variety of strategies when working on the same topic throughout the study. They gather data from two other methods and try to establish comparisons and commonalities, this way, the validity increases significantly.

Because of the nature of qualitative studies where the researcher aims to probe and get as much detail as they possibly could from the participants, the issue of ethics is prevalent. Two of the main ethical issues that qualitative researchers have to face are an invasion of privacy and ensuring the confidentiality of their findings.

To counter this, researchers would then resort to deception by conducting covert observations or not informing the participants that they are a part of a research study. Another technique in qualitative research that stirs debate because of the ethical issues it may be breaching is data analysis. When a researcher analyses texts, computer data and databases, it is debated in the research community whether or not this practice is a breach of privacy.

Ethics is also an issue that researchers who are conducting ethnographic research faces. Participants in such studies are subjected to deceit to a varying degree.

For example, a researcher may want to research about the quality of life in an impoverished are of the city, he or she then embeds himself in the community. The researcher will participate in their daily activities, gain their trust and make the participants believe that the researcher is one of them.

This way, the researcher will be able to observe the participants in their most natural state and have the most valid findings. However, the degree of deception is in such cases is an important issue that researchers have to find a solution for.

The techniques that are used to gather and collect data in a qualitative research are better suited for participants who are more comfortable answering open-ended questions and talk in interviews compared to more structured and close-ended questionnaires. Women, for instance, may be more comfortable in the methods deployed in qualitative research than men who would prefer more close-ended questionnaires and would not want to elaborate on details.

It has also been observed that participants coming from a background that is far from that of the researcher’s tend to go into much more detail. One way to make sure that the study is valid and generalizable is by creating a questionnaire that has no cultural bias or different interpretations across different cultures. The researcher should also go through regular checks to know if there are any biases from their side that is affecting how they view the study.

Qualitative research, undeniably, gives the researcher a deeper knowledge of the complexity of human diversity.

This is not something that a machine can do no matter how many keywords and phrases the researcher feeds the system. Creating and identifying the pattern requires manual work and analysis.

What is market segmentation?

For many years, marketing specialists have segmented their target customers to understand who might buy a service or product. It ...

How to carry out quantitative research

Researchers conduct quantitative research to establish a relationship between one variable and the other, in other words, the independent and ... 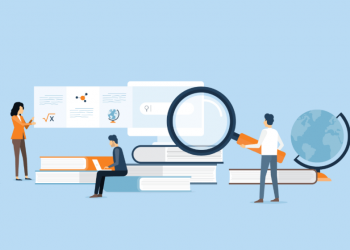 How to research your business idea

Proper research is one of the most powerful tools that you, as an entrepreneur, have at your disposal. It can ...