How to do business in the Arab world 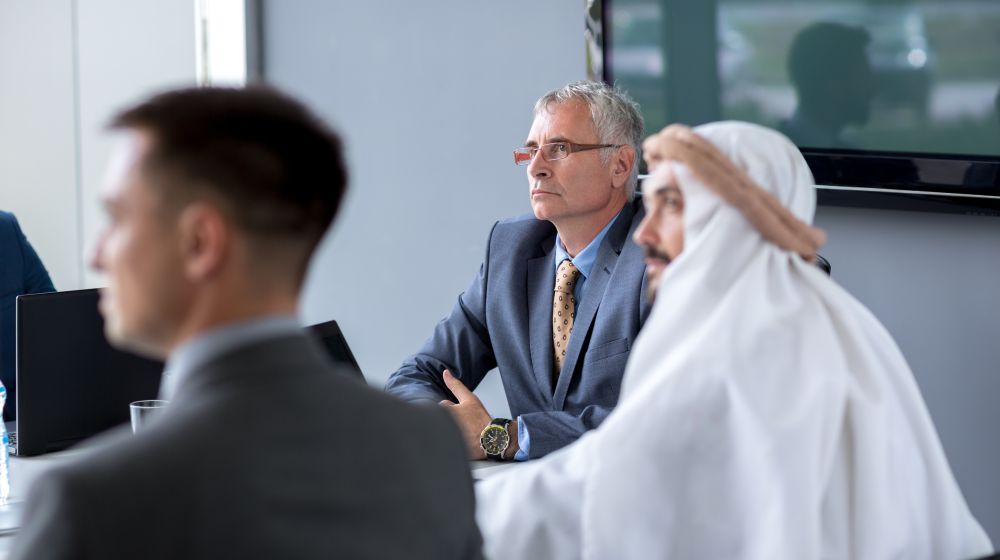 As an entrepreneur, looking abroad to expand your business opportunities and reach comes naturally. Taking your ideas, services or products global opens up new channels to market plus the opportunity to maximise your sales.

Outside of the emerging economies sits the Arab world – a region that spreads from Morocco in North Africa across to Yemen on the Arabian Peninsula. Despite its obvious political and economic challenges, the area offers massive potential for entrepreneurs.

Whether you travel to North Africa or The Gulf, you should be aware of cultural differences between yourself and the locals. Understanding how locals think, act and do business is critical if you want a competitive advantage and a greater long-term gain.

In this article, I’m not going to talk about which hand to shake with or what not to eat. Rather I am going to concentrate on the single most important factor for entrepreneurs doing business in the Arab world – building relationships.

Why is cultural awareness important?

In short, all cultures differ. The majority of these differences though are unseen and therefore ignored as inconsequential. Attitudes, beliefs, assumptions, worldviews, communication styles and values – if people are unaware of differences like these when it comes to business the potential for misunderstandings, poor communication and failed relationships is evident.

Cultural awareness provides people with an insight into those very differences and provides strategies on how to overcome potential challenges. One of these obstacles when thinking about the Arab world is the different approaches we take to relationships in business.

What is a “relationship-driven culture”?

The Arab world is what would be known as a “relationship-driven culture”, i.e. personal relationships form the basis of all social interaction. Some of the traits that can help identify such cultures include:

Such cultures are ‘collectivist’. This means that people tend to give precedence to the ‘group’ rather than the individual.

The family is usually the central pillar upon which society is built. This can also extend to other groups such as the tribe or village.

Hierarchy is important in such cultures. People tend to look to authority for guidance and accept their ‘place’ within the system, seeing it as natural.

In a relationship-driven culture you will usually find a massive emphasis on honour, saving face and avoiding shame.  How things appear on the surface are crucial to maintaining a sense of normality.

As relationships are a central theme, it is no surprise therefore than people rely on networks of people and social bonds in order to get things done.

Decisions are mostly made on a group basis, using consensus. In the Arab world “shura” is used prior to decision making which involves canvassing the opinions of those within a certain network or family or group with some authority.

Now as this article is mainly going to be seen by British readers, let’s look at some potential areas for culture clash based on differences between UK and Arab approaches to relationships and business. Many of these differences are also evident when comparing relationship driven cultures with more individualistic cultures.

It is normal in the UK at the start of a meeting to engage in a little chit-chat then move swiftly into the business at hand. The Arab world thrives on chit chat – it is part of the process of doing business. To jump straight into business talk in the Arab world would be interpreted as demonstrating your lack of interest in the other party.

Cultures with an emphasis on relationships also tend to be more touchy-feely than those that don’t. In the Arab world don’t be surprised if people touch you, hug you, kiss you and even want to hold your hand. To show obvious discomfort in such situations might be taken as demonstrating any lack of ‘connection’.

Doing business in the Arab world can be annoying; the meeting is for many foreigners a source of frustration. Meetings can become marathons due to people taking phone calls, inviting other people to the meeting, changing the topic of conversation, lengthy tea/coffee breaks and delays due to prayer times. Negotiations specifically can go on for hours, days or even weeks depending on the basis of a relationship.

Saving face is everything with Arabs, so pick your fights carefully. Exposing weaknesses, disagreeing, pointing out failings are all serious no-nos. Whereas we may view them as “constructive” feedback, they will view them as character assassination.

As relationships are the basis of trust, Arabs tend to be quite informal with things like contracts, agreements, SLAs and MOUs. This is a region where “your word is your honour” still counts. Being too contractual will be perceived as placing more emphasis on a piece of paper rather than the relationship. Be careful how you deal with contracts and legal obligations.

Tips on how to build relationships in the Arab world

If you are planning on taking your entrepreneurial skills over to the region, here are some pointers around building strong and profitable relationships:

If you are serious about mid to long-term success in the region, you must invest time. You will never win contracts and build your business in one trip. Commit to regular trips, always meeting your targets and slowly build that trust and friendships.

Always engage in chit chat – it’s important. Arabs want to know who they are working with. Don’t be afraid to open up about your family, your work or anything else that makes you, you. When meeting with people, wait for the other party to change the topic of conversation to business.

In the UK we do have an understanding of how to save and give face; however, in the Arab world this works in different ways and can be very subtle. It takes time, but you need to open your eyes to how it works locally. For example, you can give face by publicly praising people. You can damage face by suggesting weaknesses in others.

In The Gulf, everyone has “wasta”. Your wasta essentially refers to your network of influential people that can get things done for you. Need your broadband connected before the company’s official date? Call your wasta in that company who will soon press some buttons, call in some favours and hey presto your installation date is tomorrow! You need to build your own wasta.

Continuity is everything in a business relationship for Arabs. They like the security it offers them. If you have built up your business in the region and plan to hand over the reins to someone else to manage, you will essentially be going back to square one.  The relationship would start from scratch.

Despite the Arab Spring, it is important to bear in mind that the Arab world is steeped in history, religion and culture which culturally manifests in a people that prefer evolution rather than revolution. Be patient and do not expect people to necessarily grasp new or offbeat concepts.

To sum up, those planning on doing business in the Arab world need to pay attention to the role personal relationships play in getting business done. Understand this, and you understand 75% of what it takes to be an entrepreneur in the region.

Switzerland is among the best countries for you to locate your business for various reasons. The country enjoys a central ...

How to approach the digitisation of your business

Digitisation has become essential for enterprises to realise their objectives and remain competitive. This because without the inclusion of the ...

Why UK businesses should be prepared to operate 24/7

Gone are the days of everything being done between the hours of 9 and 5 (and for the most part ...

How to create SMART marketing objectives (and get results…)

Some marketers have become kings of generic marketing goal-setting. Hiding behind buzzwords has replaced planning and actionable steps, leading to ...

How to do business in the emerging markets

Hold onto your seats West - it’s about to get ugly. Over the next decade, almost 70% of the global ...

What is strategic management?

Strategic Management is basically the systematic organisation and execution of major targets and initiatives that are taken by the top ...