A new character limit for Twitter, interactive ads and headphones… 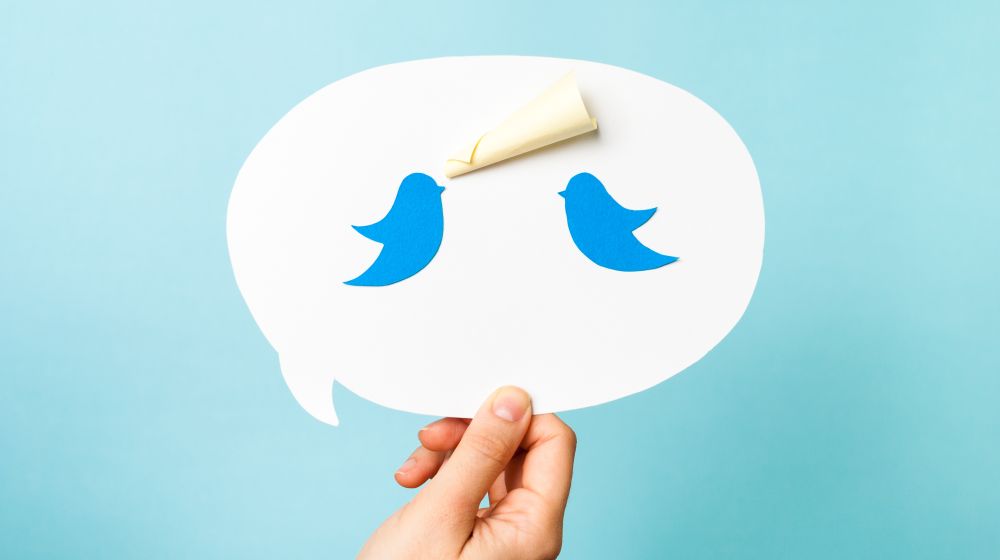 In 2015 Twitter as a company announced (or teased) 3 major projects currently in development. All changes seemingly aim to attract fresh blood to the platform, both regular users and brands exploring new marketing opportunities.

5 marketing mistakes that are holding your campaigns back

Bloggers and prolific ranters everywhere, rejoice. According to a new report, Twitter might considerably expand its trademark 140-character limit within the next three months. The new ceiling? A whooping 10,000 characters or about 1800 words, respectively.

This isn’t the first time the company’s experimented with its notorious text limitations. In 2015, they finally dropped the 140 character cap from its Direct Messages, and rumours about longer public tweets have been a dime a dozen over the years. These ‘enhanced tweets’ are likely to show up in your timeline same as now, only flaunting a ‘show more’ button à la Facebook.

The method behind the madness seems to be pretty clear. By incentivizing longer-form content, Twitter is likely to take on popular blog-friendly platforms such as Tumblr and Medium. The move also alleviates the website’s traditional learning curve, as new users would no longer have to master cramming their thoughts into mere 140 characters.

Still, brevity is what the platform was built on, and the change effectively eliminates Twitter’s one discerning feature. It came as little surprise, then, that the news caused the Twitter stock to plummet to an all-time low on Tuesday, prompting their CEO to go into full damage-control mode. Be it a hint or not, his statement on the issue definitely had more than 140 characters.

Promoted Tweets have always been a vital part of Twitter’s business model, and they’re about to receive a major overhaul. The company just announced a new ‘conversational’ ad unit, which will make it easier for users to engage with the brands whose message they care about.

Rather than a traditional tweet, these ads will look more like poll questions, allowing fans to participate by tapping/clicking on one of the presented, hashtagged options. For example, Samsung recently ran a conversational ad for their new smartwatch, Gear S2. The tweet asked: “It’s Sunday, and you have no plans. Is it #TimeToStay or #TimeToGo?”.

Say you’ve selected that it is, in fact, time to go. Next, an automated tweet pops up, featuring your (hashtagged) answer along with the ad’s pre-loaded message. You are then prompted to tweet your answer to your followers: ‘For me, Sunday morning is  #TimeToGo. A new twist on time. #GearS2′

‘Research has shown that organic conversation about a brand delivers significant value for advertisers’, says Twitter in its announcement. Compared to its predecessors, conversational ads certainly do more to encourage users to actively join the discussion. The feature is currently live in beta, with a few flagship brands such as Samsung already testing its merits.

Some of you may still remember Twitter’s short-lived journey into the world of entertainment. The company bravely launched its own music service back in 2013 called Twitter #Music, in an attempt to take on the industry giants such as Spotify and Soundcloud. Did it work? You tell me.

In its latest attempt to dominate the niche, Twitter announced they’ve invested an undisclosed amount into the socially-powered headphone startup called Muzik.

The headphones allow the wearer to select the songs by swiping the touch controls featured on the wireless ear cups. Given Twitter’s involvement, the users will now also be able to share the clips of the currently playing song directly to their social networks. The product begins shipping in may, with a price tag of $299 for stereo headphones, or $199 for earbuds.

Although it’s certainly put money in other companies before, this is the first time that the relatively young Twitter Ventures have ever invested in hardware. So why headphones?

For starters, Twitter has repeatedly said that music is by far one of the most discussed topics on the platform. Pair that with the fact that many of the site’s most popular users are musicians and performers, and there’s a direct incentive for Twitter to try and take on a larger role within the entertainment industry. Whether a pair of headphones with social media buttons is the right way to do it, remains to be seen.

The Enterprising Entrepreneur Award, launched by Mint Formations in November of 2019, is approaching its final submission deadline of February ...

Based in Camden, the Optalitix team consists of over 20 staff with backgrounds in data analytics and actuarial science. The ...

Tomer Aboody and Joshua Elash are the co-founders of property finance company MT Finance which launched in 2008. The company ...

Egyptian-born Nadeem Siam is the brainchild of alternative lender, Fund Ourselves. Formally known as Welendus, the UK fintech company offers ...

For many startups and businesses throughout Europe, there is no shortage of industry hubs to choose from when planning a ...