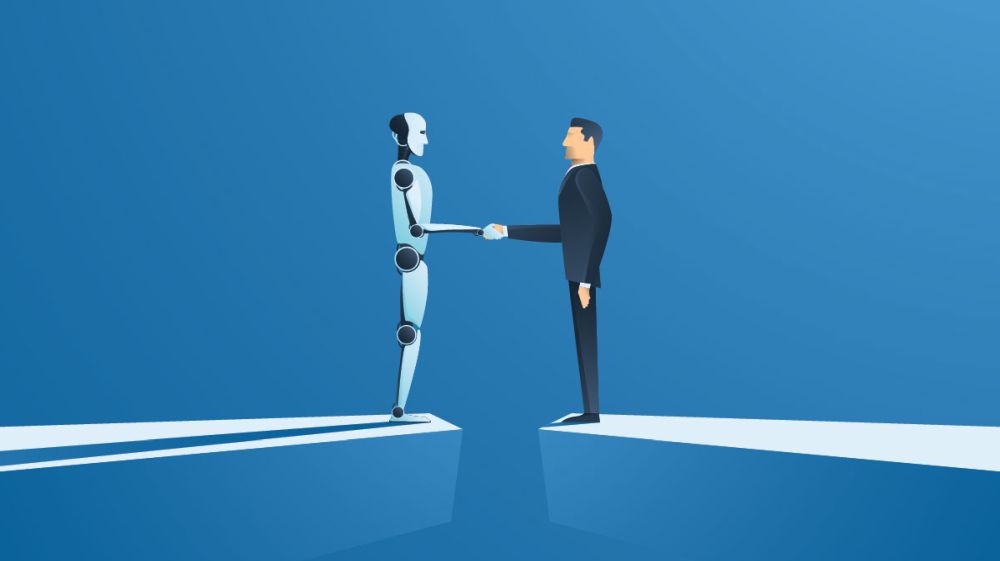 The European Commission launched a whitepaper to help inform policy regarding artificial intelligence earlier in February 2020. The whitepaper focused on scaling artificial intelligence (AI) across businesses and how the ecosystem will be primed for AI adoption across businesses. The report also addressed how data would be used in industry and how AI talent would be cultivated. The European Commission’s report on AI was celebrated as being further ahead in addressing AI issues than competitors in the USA and China, who have been criticised for lack of AI preparedness. Will we see more on this below.

What does the paper address?

The paper addressed five key points related to developing an AI framework. These include aspects relating to data and its use and storage. Also addressed were the need to ensure the technology retained its integrity and robustness, especially being in its infancy compared to other tech, and the need for human involvement to ensure everything ran smoothly. The main takeaway was that everyone wishing to use AI in business within the EU – or interacting with the EU – should follow the same guidelines. This consistency would ensure businesses were better able to adopt the use of AI and its use in business and industry could be better monitored.

Can we trust AI?

The whitepaper addressed trust and regulation. Many armchair analysts posited that this could potentially limit the innovative solutions that AI could produce. However, others argued that being trustworthy and transparent helped businesses fully understand the limits and scope of what AI could do for businesses. Some suggest that elements of AI technology mean that data could lose its anonymity, and may breach other rights including discrimination, expression, and dignity. The paper helped outline how AI going forwards would be more committed to ensuring data was treated with as much respect as elsewhere, such as the GDPR initiative’s commitment to data security, while also defining a regulatory framework to keep everyone on the same page.

How are we using AI?

AI is a broad field. There are four major types of AI and its uses. Essentially AI refers to the ability of a machine to complete a task that would usually be done by a human, using elements usually associated with the human mind. These could include decision-making, interpreting stimuli such as speech or visual cues, and basic levels of analysis based on algorithms. Here is how we are using two of the main types of AI already – and how might we use them in the future.

How to get into cyber security for IT & business professionals

Starting with the most basic level of AI is to look at machines that simply react to stimuli. This is based on the computer’s perception of its environment and its pre-programmed reaction to the stimuli before it. The machines are unable to learn from what happens as there is no propensity for storing memory. A good example of this kind of AI technology would be in any game-playing supercomputer, such as one programmed to play Chess or Go. The computer would react to the environment in front of it (the chessboard) and make decisions based on this environment, with programmed knowledge of the types of moves to make and how to win the game.

Forex robots are a good example of this type of algorithm at work. As we can see through the use of forex trading robots, which use an algorithm to scan the forex market to look for profitable trades to take advantage of. These robots are programmed based on parameters that are pre-set or based on implementing trading strategy. They can either trade automatically using this information or consult with a human running the account to provide oversight.

Limited memory AI works based on being able to retain some information and use this past information to make decisions about the present and future. The social media hoax that implied a bot watched 1000s of hours of footage of lawyer ads or horror movies to write their own is an example of this. While it was written by a comedian, not a bot, the concept remains the same. Machines are given a knowledge base based on thousands of examples of something and then use this memory to create something in the future or respond to stimuli.

In reality, AI that can name objects is an example of this – and often uses knowledge of what it has already identified to help identify things in the future. Some aspects of self-driving cars utilise this feature and are a push towards what we could do in the future. By using their own past to make decisions in the future, AI is akin to lab animals, who learn through conditioning.

The future of AI

Being aware of themselves and their own minds is the next step and that’s where AI goes from being what we can currently use it for to what it could be used for in the future of tech-lovers’ fantasies. Being able to create AI that is self-aware is the next step towards the future and brings together all the discrete elements of machine learning and robotics. AI of the future should be able to classify things in front of them and use memory along with programmed knowledge to determine what to do with it.

Addressing the future of AI is a bold move to ensure businesses are optimising the many provable benefits that the technology allows. There are many preformative examples of AI and its associate technology – from suggesting similar music on Spotify to communicating with Sophia the Robot. The future of AI, as per the EU whitepaper, involves invoking trust to convince even the most tech-sceptical people and laying down regulatory foundations that all must abide by to create consistency across a broad industry. Some of the uses of AI already show how this can be achieved and provide us with something to base the future of AI on.

6 Industries that are currently thriving

The global economy has undergone a paradigm shift in recent months. With the hustle and bustle of Wall Street a ...

The FCA have confirmed that borrowers will be given ‘breathing space’ for those struggling to repay debt on credit cards ...