A first hand account from the founder and CEO of JustPark of how they grew from 0 to 150,000 users 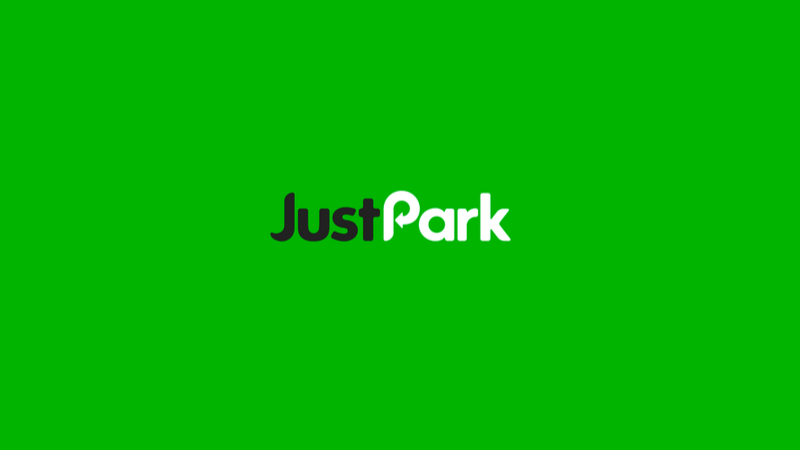 Europe’s provider of pre-bookable parking JustPark allows drivers access to 150,000 underused parking spaces all over the UK hassle-free thanks to their website and app. We talked to Alex Stephany, CEO of JustPark about his unique career change and asked advice for those wishing to take on entrepreneurship as a career path.

How Fintech companies are disrupting the high cost lending industry

What’s JustPark all about?

JustPark is taking parking into the digital era, and disrupting a £50bn industry in the process. Our app and website give drivers instant access to over 150,000 bookable parking spaces by connecting them with property owners looking to make money from their underused space.

Founded in 2006, we were the first company to recognise that mobile technology could solve the age-old headache of parking. Our pioneering peer-to-peer model – initially called ParkatmyHouse – quickly accumulated a loyal community of drivers and space owners who understood the ‘win-win’ opportunity the business offered them.

We rebranded to JustPark in 2014 to reflect our expansion into the “B2B2C” market: that’s to say we’re not only working with 25,000 individuals and families, helping them make money from their spare parking but now have partnerships with hotel giants such as Hilton and Holiday Inn, as well as major car park operators (such as NCP) and 6 UK councils. JustPark now has over 700,000 users, making it the largest online parking platform

Your story is unique in that you left a career in corporate law to join a startup. Tell us a bit more about how you arrived at that decision, and the process of making the transition.

I graduated from Oxford University and had been accepted onto a grad scheme at Clifford Chance LLP to start the following September. But I soon realised corporate law wasn’t for me. Pretty much from the first month, I spent in that Canary Wharf tower, I felt unsuited to the very hierarchical environment. I suppose I’ve always been interested in asking why, why, why; I was more interested in the business – why the deals were being done – rather than the law itself. The latter would prove a good training, though, but after two years I was off.

After a stint in consulting, I was sure I wanted to work in tech after getting my first Android smartphone. Turning it on was like that Pulp Fiction moment – “Yeah, we’re happy”. It wasn’t a smooth ride the whole way, though. I spent over a year writing an unpublished novel, for one.

But, while this book never got published, what I didn’t know was that it proved a good apprenticeship for when I was later asked by Macmillan to write a new book on the sharing economy, which became The Business of Sharing. Unlike anything written on the sharing economy, The Business of Sharing is an insider’s guide, and I’ve used my network to involve the who’s who in this tale: from the founders of companies like Airbnb and Zipcar to the top venture capitalists in Silicon Valley.

What was it that prompted you to join JustPark, as opposed to another startup?

I first heard of JustPark when it was ParkatmyHouse. Like everyone who encounters it, I was struck by the sheer elegance and simplicity of the concept. Similarly to other ‘sharing economy’ businesses, JustPark was disrupting an industry by creating new efficiencies: both the efficient use of space and efficient car travel, by allowing drivers to head straight to a space rather than cause traffic and pollution circling for parking. It was the perfect answer to an eternal urban problem, finding a new solution in the same way that Airbnb and Uber have in the hotel and taxi industries.

I wasn’t the only one to have noticed either: BMW had already recognised the company’s potential and invested £250,000 in 2011, which was an impressive endorsement. JustPark was emerging as one of the most exciting startups to be coming out of London.

I joined the company in 2011 – back when it was just Anthony, the founder. I could see he was an amazing entrepreneur who’d taught himself to code and run every aspect of the company single-handedly, including raising the round with BMW. But we both felt we could go further and faster together. After getting my hands dirty with everything I could to drive the business forward, I took up the position of CEO a year and a bit later, freeing Anthony to focus on product development and, more recently, marketing.

What were the three biggest challenges you faced since joining JustPark?

As a disruptive startup looking to push the boundaries, you are always going to face challenges. Companies such as JustPark are mapping new territory, and inevitably there are tests along the way.

In 2013, with JustPark and the trend of driveway rental on the rise, we began to attract unwanted attention from some UK councils who deemed it unlawful. Residents received letters from local authorities threatening fines of up to £20,000 for renting out their parking spaces without planning permission. Thankfully, after considerable negotiation, common sense triumphed  – Communities Secretary Eric Pickles pledged support to these micro-entrepreneurs, and government guidance was drawn up that has enshrined the right of homeowners to rent out their driveways.

Another major milestone for the business was the rebranding to JustPark in 2014. Having started to work more closely with a growing number of businesses and car parks, the time was right to move away from the purely peer-to-peer feel of ‘ParkatmyHouse’. ‘JustPark’ reflects the more comprehensive inventory of parking spaces we now provide and the ease of use of our apps.

Finally, one of the greatest challenges I’ve faced since being at JustPark was planning and executing our recent crowdfunding round. We managed to raise the maximum of £3.7m allowed under EU law from a record 2,919 investors. The success of this was months of hard work in the making, with the substantial groundwork required set in motion last year and the campaign going live in February. The positive response we received was overwhelming – a fantastic accolade to how far the company has progressed and what we are capable of achieving going forward.

What advice would you give to people wanting to escape their city jobs and join a startup?

You’ve just got to go for it. It may seem like a risk at first, but it was the best career decision I ever made. If the corporate world isn’t for you, the startup world may be what you’re looking for. Build the culture from day one too, because if you and your teammates don’t enjoy and treasure, then the team will not stay together. And if you can’t keep the team together, it’s game over – or progress will be so stop-and-start that it could likely amount to the same.

The cultures from my corporate background at Clifford Chance and JustPark are incomparable. In a large law firm, you are at the bottom and know it from day 1. At JustPark, we have a flat culture through which everyone actually enjoys being at work. Corporate law showed me what makes employees unhappy – being micro-managed and disempowered, saddled with administration work, given poor quality hardware and software, limiting information and visibility throughout the company, and preventing true flexible working.

At JustPark, I’ve tried to do the reverse. So far, our staff retention is incredible as a result. We’re now a team of 48, and only one employee has resigned in the history of the company (to pursue Physics research). We have unlimited holidays, chef-cooked lunches, everyone gets a new MacBook Air or Pro, we take the company abroad every year, we have massages and (yes, it’s a cliche but a nice one!) a table tennis table to reward the people working so incredibly hard to build the business – and consign the painful everyday problem of parking to the history books.

Editor’s update: Justpark has grown in excess of 1 million customers since this interview. (1 April 2017)

Steli has been an entrepreneur since the age of 17. At the age of 23, he bought a one-way ticket ...

The London-based startup ClickMechanic connects car owners to mobile mechanics all over the UK. They tackle common problems of the automotive ...

What if I told you that there is a website which can create you the lowest price for any product ...