How can we resolve tech’s gender gap problem?

Where are the women in tech? Is gender-discrimination, education, or industry culture to blame? 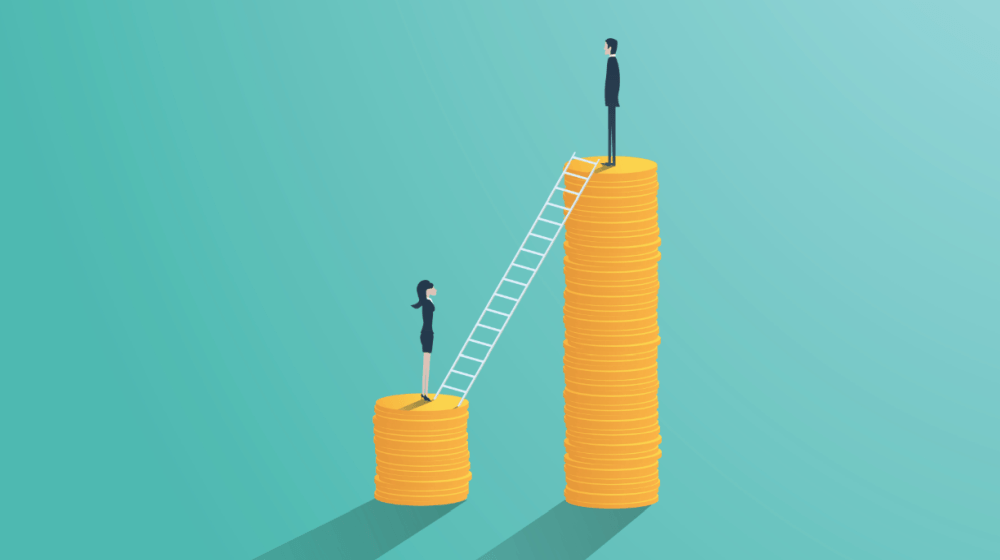 One of the main aims of running an egalitarian system is to build a society free of gender discrimination. It’s been proven that the more egalitarian societies like Sweden, Denmark, and Iceland have made tremendous progress towards gender equality from embracing these ideals.

What you need to know about employee benefit trends

However, a recent study shows that the more gender equal a country is, the larger the gap between boys and girls regarding educational performance in the sciences. A conclusion that could be drawn from these findings is that embracing egalitarianism ideology won’t necessarily be enough to solve the gender divide in tech. In fact, could it have the opposite effect?

Why egalitarianism is not enough

The principles of Egalitarianism are that all people/genders should be viewed as equally important and therefore deserve the same rights and opportunities as one another. But what if this adds to a gender imbalance in an industry that could sorely benefit from the involvement of the entire human spectrum?

If young women are choosing not to pursue careers in tech -even where gender barriers are not so much of an issue, this suggests the industry requires something more than just implementing an egalitarianism approach to dismantle its gender divide.

The theories regarding why women seem less motivated to work in the tech industry must be examined. The research exhibiting that women have historically leaned towards careers that require the skill sets predisposed by biological and evolutionary conditioning is bound to be factored into the analysis. But tech is a young industry, with opportunity for a plethora of human skill sets to be advantageous (and Egalitarianism is a work in progress, so the influence of societal gender stereotyping can’t be completely ruled out of the nature vs nurture debate either -even in the countries where gender equality is more prevalent).

So what is the explanation for this apparent paradox where, in the most gender equal countries, fewer women seem to desire a career in tech, over the countries with more gender discrimination issues? This leads to the following question; is the natural compulsion to resist against discrimination a factor here?

University of Wisconsin gender-studies professor, Janet Shibley Hyde has discussed a possible theory, “Some would say that the gender stem gap occurs not because girls can’t do science, but because they have other alternatives, based on their strengths in verbal skills,” she said. “In wealthy nations, they believe that they have the freedom to pursue those alternatives and not worry so much that they pay less.” (Source: The Atlantic)

There is a fundamental reason why closing this gap is crucial. Technology is a leading instigator for economic and social evolution. Diversifying this industry would mean the future would be designed by the most all-encompassing extent of brilliant minds that humanity has to offer. This will optimise progress and innovation, but also ensure that all of humanity is represented in key decision making.

Motivating young women towards Science, Technology, Engineering and Mathematics (STEM) must be the first step in actively addressing the gender divide in tech, as its roots lead back to the gender divide in STEM. So, dismantling the myths of gendered ability in certain subjects must begin at an educational level. Improving engagement with STEM must also begin at an early age to maximise future potential in these areas.

Beyond education, there is also a responsibility for tech companies to address the gender divide within their organizations. The education theory can only really be applied to tech roles available via typically male-dominated educational routes. So if the employee gender balance is apparent across the majority of departments, there must be more to the issue. Companies must create a culture that encourages female hires through inclusive policies and benefits that encompass both genders.

According to research carried out by Felix Richter for Statista in 2018,  “While the tech industry tends to take pride in changing the world of work, and often, with a bit of hubris the world per se, the technology sector is actually further away from achieving gender equality than the U.S. economy as a whole. While the percentage of women in the United States labour force has gradually climbed to 46.8 percent over the past decades, it is still significantly lower in the tech sector.”

Compelling tech firms to have a higher percentage of women in their companies could, in turn, help close the gender gap in STEM, as to do this they must examine their organisation’s lack of female employees and strive to resolve it. Implementing those changes above in company culture, and gender-equal policies would likely encourage more women to explore STEM career opportunities.

Negative stereotypes regarding gendered subjects must be disregarded so each individual can benefit from all areas of their education and approach STEM topics without unnecessary preconceptions of their ability. As societies engage more with promoting equality, the future generations of children will benefit, ideally closing the divide organically.

But for the gender divide issue to be resolved sooner than in a generation or more’s time, cultural shifts must take place to encourage the current generations of working women to chose positions within tech organisations.

The mythology that qualifications in coding or engineering are the only routes into tech roles must also be dismantled. The tech industry evolves quickly, meaning careers in tech also undergo regular metamorphosis. Firms can raise awareness about the huge variety of skills and roles that comprise this ever-growing sphere.

Although the current working models of Egalitarianism are exhibiting a seemingly counterproductive conclusion, its concepts are essential to creating a social climate in which the ablest minds can be encouraged towards tech, regardless of their gender. Although challenging discrimination may be currently working as an incentive, a far more productive method to encourage women to pursue tech is with positive incentives and welcoming working cultures.

The future of the high street

Online marketplaces and retail parks are often cited as the reason for the decline of the high street in recent ...

Thanks to pioneering business leaders and investors such as Mzi Khumalo, Tony Elumelu and Strive Masiyiwa, who have spent decades supporting ...

Brexit may be the buzzword of the past few years, but for those who aren’t involved with Westminster, it is ...

What can entrepreneurs learn from the latest corporate acquisitions?

Some interesting acquisitions occurred recently that have sent industry insiders speculating about what might be happening with big data and ...

Building smart cities is a concept that most people find interesting as a news topic but very few realise how ...