Subscribe
No Result
View All Result
Health and safety, Opinion

Where’s the line when mixing alcohol and business?

Is alcohol a negative or positive factor when it comes to long term business success? 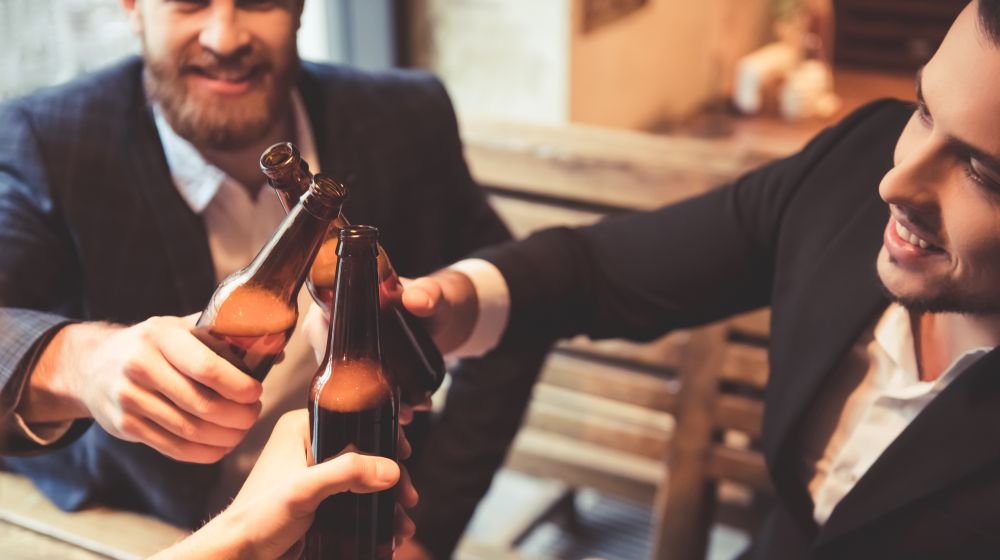 When it comes to alcohol in a workplace environment, western culture is especially keen on the odd tipple at a networking event, or even a conference, where it’s expected for you to mix with a lot of new faces, but how much is too much?

Why appraisals don’t work – and what to do about it

Are computer screens increasing blindness in the workplace?

Alcohol plays a lead role in so many business-related activities, whether you’re kicking back with a glass of fizz after a long day, or enjoying a welcome drink at a networking dinner. The question is whether or not we are doing more harm than good when drinking in a professional setting. What about the mental and physical aspects of being under the influence? What about addiction or alcohol misuse, or even dealing with colleagues who have had too much and start behaving irrationally?

It has to be asked as to whether we are getting a little too reliant on the bottle when it comes to professional socialising and networking, to the point where it could be becoming counter-productive to business success.

What impact does alcohol have on the workplace?

The BBC reported how there are certain jobs which will automatically mean drinking alcohol at work, in a way which has become normal in British culture. Boozy lunches, paid for trips and conferences, and glasses of fizz at networking events, are all ways that alcohol has trickled into our everyday lives. In particular, the report demonstrates how the legal sector is one of the many industries where a stiff drink is the normal protocol.

The Government said in 2012, that illness which is connected to being drunk accounts for up to 11% of all employees calling in sick, suggesting that mixing alcohol with work has more negative effects than it does positive.

If you are an employer looking to find out more about alcohol use in the workplace, or looking into implementing an alcohol policy, you can read more about it on the HSE (health and safety executive) government website, where there is free guidance and advice, as well as a downloadable guide for employers specifically on alcohol.

A debate on sobriety

Still, the debate rages on as to how alcoholic consumption should be seen and managed in the workplace. Should we call time on business boozing? Alternatively, is it all a fuss about nothing? Leading businessmen and women are meeting up in Manchester in November to join the big debate on mixing alcohol with business. City centre shared office space Accelerate Places is hosting a networking day called Start-up, Sober-up, where people will discuss the effects of drinking in start-up businesses.

The debate will see leading entrepreneurs, as well as newer start-up firm owners,  join together, to discuss openly whether or not the drinking culture is suitable for long-term success.

Anyone with experience in an office-type environment is familiar with the aches and pains that come from spending hours at ...