Alphabet is now the world’s most valuable company

Alphabet Inc, Google’s recently-formed parent company, hasn’t even celebrated its first birthday yet and it’s already the richest kid on the playground

After handing in a surprisingly strong earnings report for the last quarter of 2015, Alphabet is now officially the most valuable company in the world.

10 Giants that lead the tech industry

How Google Glass will change how you do business

Although Google is formally a subsidiary of Alphabet, the umbrella company still draws 99% of its revenue from its core Google businesses. With a market cap of almost $570 billion, this report also marks the first time that Google’s outperformed Apple in terms of total value since 2010.

Although economists attribute the shift to a variety of complex factors, most people place the blame squarely on the iPhone. Sales of the Apple’s flagship product have recently plateaued – the company sold 74.8 million smartphones during the first quarter of 2016, despite more favourable predictions being made by most analysts.

This momentum change likely sparked fear among many of Apple’s shareholders. Investors believe the iPhone sales will continue to dwindle, and the company needs to reinvent the wheel again if they plan on staying on top.

With that in mind, it’s not unreasonable to expect Apple investing more energy rejuvenating and expanding their other product lines, including PC, wearables and even virtual reality. The company just recently acquired Flyby Media, a thriving tech startup specialising in spatial perception. There have also been reports of several VR prototypes being teased by Apple in the last few months. Similarly, Facebook has already announced their desire to dominate the virtual reality space, with their recent acquisition and the upcoming release of the Oculus Rift headgear.

All in all, it’s far from a disaster for Apple. Last year, the company announced it’d had the most profitable quarter of any company ever. Last month they already broke that record. It’s also no secret that Alphabet (a.k.a. Google) recognises the need in forming a strong partnership with the iPhone manufacturer. In 2014, Google reportedly paid 1 billion dollars to ensure it remains as iPhone’s default search engine.

Besides, this is hardly the first time Apple’s been in this situation. As already noted, Google has already surpassed the giant once, back in 2010. In 2013, following a similar plunge of Apple’s stock, Exxon shortly emerged as the world’s most valuable company. Needless to say, the company reclaimed the belt both times.

At the moment, Alphabet reigns supreme. However, with more time and money being allocated to Apple’s auxiliary products and new product categories being introduced, this fight is far from over. Buckle up. 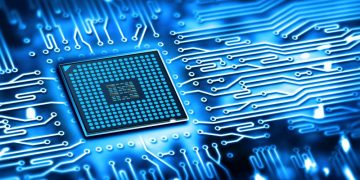 10 Giants that lead the tech industry

With the rapid growth of information and communication technology, there are companies that make a business out of this technological...

How Google Glass will change how you do business

Since smartphones first came onto the scene in 2007, portable technology has changed the way we do business. Fast forward...